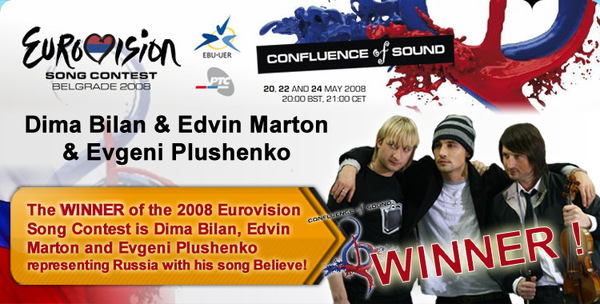 It is known that when Plushenko is skating,

Marton usually goes on the ice as well


It is known that when Plushenko is skating,

Marton usually goes on the ice as well

An exquisite performance on ice in Bucharest

Edvin Marton, Evgeny Plushenko and Surya Bonaly will perform at the Polyvalent Hall, accompanied by the Monte Carlo Orchestra.

The three artists will perform on April 24 and 25 at the Polyvalent Hall in Bucharest, accompanied by the Monte Carlo Orchestra and other 15 exquisite figure skaters. “The performance in Bucharest will be full of surprises. I am responsible of the music and I will present you brand new compositions. Together with Evgeny, we will present you a new act in this performance,” Marton revealed.

The celebrated violin player added that he is willing to offer a young Romanian orchestra the chance to accompany him in the performance. On her turn, Surya Bonaly declared that she is very happy to be in Romania, as she visits our country for the first time, and promised that, on April 24 and 25, she and Evgeny will perform an outstanding show. In response to a question of a journalist, Plushenko declared that he invited Surya to work with him on this performance because “she is a superstar.” The representatives of “Amphitrion,” the organizer of the performance, mentioned that the ice required for the two shows to be performed at the Polyvalent Hall will be made in three days, and the melting and disassembling will last two more days. The prices of the tickets will range from RON 100 to 350. They may be purchased on the website www.bilet.ro.

Edvin Marton is one of the most famous contemporary violin players, winner of the Golden Violin Award as well as of the 2006 Emmy Award. He was offered a Stradivarius Gold violin, manufactured in 1698, previously owned by Nicolo Paganini.

“Cirque du Soleil” is unique due to its complicated acrobathics, to the creativity of the shows, the light and sound effects, the music and the scenography. The three honourary guests of the Bucharest show are presently members of the entertainment empire that charmed and won the applauses of over 125 million viewers. “Cirque du Soleil” won over one hundred prizes and a world fame, from America to Japan.

In a press conference at the beginning of April, Marton, Plushenko and Bonaly promised a show full of surprises. Violin player Marton promised to offer the Romanian audience “new music”, “a new show by Evgeny” and the possibility that a young Romanian Orchestra would accompany him during the show. Bonaly declared that this was her first visit in Romania and that she is very glad to be here. Plushenko mentioned that he chose Surya for this show because she is a superstar.

Marton declared that a special autograph season will take place at the end of each show. After the performances in Bucharest, the artists will continue their tour in Prague, Bratislava and Japan.

Marton performed many concerts all over the world, accompanied by the Monte Carlo Orchestra, and collaborated with important musicians such as Seal, Zucchero and Gloria Gaynor. He is one of the most famous contemporary violin players, winner of the Golden Violin Prize and of the Emmy Award in 2006. He was offered by the Bank of Switzerland a Stradivarius Gold violin manufactured in 1698, once owned by the great musician Nicolo Paganini.

The “Dinu Lipatti” Orchestra to perform at KINGS ON ICE 2008

This year, the event organizer Amphitrion prepared a major surprise to the Romanian audience. Edvin Marton will play his famous Stradivarius, while Evgeny Plushenko, Surya Bonaly and other figure skaters will step on ice, accompanied by a hundred per cent Romanian orchestra, “Dinu Lipatti”, including 40 talented young artists.

The audience that will attend the event “Kings on Ice” at the Polyvalent Hall, on April 24 and 25, will not be allowed to bring cameras, the organizers of the event announced.

The tickets for the two performances may be purchased on www.bilet.ro, at the Palace Hall, at the Polyvalent Hall, at the Muzica Store, at Music Shop, at the Flamingo subsidiary from the Union Square, at Flanco Orhideea and at Flanco Dorobanti.

Edvin Marton performed many concerts all over the world, accompanied by the Monte Carlo Orchestra, and collaborated with important artists such as Seal, Zucchero and Gloria Gaynor. He is one of the most famous contemporary violin players, winner of the Golden Violin Prize and of the Emmy Award in 2006. He was offered by the Bank of Switzerland a Stradivarius Gold violin manufactured in 1698, once owned by the great musician Nicolo Paganini.

Violinist Edvin Marton, world skating champion Evghenyi Plushcenko and skating women champion Surya Bonaly will perform a spectacle, on April 24 and 25, at Sala Palatului from Bucharest, accompanied by Monte Carlo Orchestra and by other exceptional 15 skaters.

Edvin Marton performed within concerts throughout the world, accompanied by Monte Carlo Orchestra, and he performed along with great names such as Seal, Zucchero or Gloria Gaynor. He is one of the most famous violinists, winner of the awards Gold Violin and Emmy 2006. He received from Switzerland Bank a violin dating back from 1698, Stradivarius Gold, which was owned by Master Nicolo Paganini.

“Circ du Soleil is unique due to complicated circus ability games, creativity of shows, sound and light effects, music and scenography. The three guests of honour of the show from Bucharest are part of the group who conquered and raised enthusiasm among more than 125 million persons.

“Circ du Soleil” has won over one hundred awards in time, being famous worldwide, from America to Japan.

In February 2007, Marton and Plushcenko performed in two spectacles in Bucharest, on “Mihai Flamaropol” skating ring. Edvin Marton also performed in a show in Romania, in September 2007, at Sala Palatului, together with the Monte Carlo Orchestra.

LYON - Russia’s Tatiana Totmianina and Maxim Marinin staked their claim to the Olympic title next month when they won their fifth straight pairs title at the European figure skating championship here on Wednesday. The two-time world champions held their lead from the short programme to take gold after the free skating final ahead of Aliona Savchenko and Robin Szolkowy who gave Germany their first podium finish in nearly a decade. Former world and European champions Maria Petrova and Alexei Tikhonov of Russia took bronze. Totmianina and Marinin, fourth in Salt Lake City four years ago, made just one mistake in their performance to Edvin Marton’s Romeo and Juliet, scoring a combined total of 195.87. They kept the title in Russian hands for the 13th time in 14 years. Earlier Irina Slutskaya moved closer to a record seventh women’s title by taking pole position after the short programme ahead of fellow Russian Elena Sokolova and Sarah Meier of Switzerland. Roxana Luca, the only Romanian competing in the second day of the championship in Lyon, retired from women’s short programme, alledging back pains. 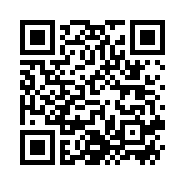